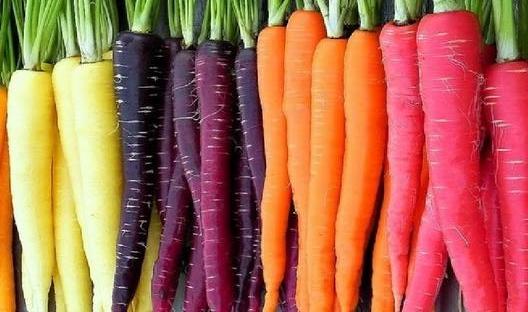 Recently, I saw an acquaintance that hadn’t been around much lately. When I asked her how she was, she said she was losing her vision and would eventually go blind. She had been diagnosed with some such or other and she just accepted her doctor’s prognosis as the final word.

I told her about juicing and the raw vegan diet, and how people have been curing themselves of all kinds of illnesses -including stage four cancer- for over a hundred years with it. I specifically mentioned carrot juice, which cured The Juiceman himself, Jay Kordich, of testicular cancer. I said, “If it can cure those things, then your ailment should be a breeze! I will help you, if you’d like.”

Her response? “I don’t like carrots.” She gave me a look like I just told her to eat mud.

I understand this response because I’ve heard similar ones for years. Heck, even I heard about only eating food the way it’s found in nature about a year into my illness. It took me NINE MORE YEARS of suffering before I gave it a try. I had every excuse and justification under the sun, until I considered suicide because I couldn’t live in chronic-illness limbo any more. By that point I would have stuck a carrot in my ear to get healthy again. Even as I was literally desperate to get well, and tried everything else I could find, I just didn’t understand how it could work – until I tried it myself. No one explained it to me. So, I get it.

However, I didn’t elaborate. She just didn’t want to hear it. I walked away from our conversation saying in my head, “Okay, go blind then.”

I know a man in his sixties who didn’t know how to peel an orange and hadn’t eaten one since he was six – when his mother did it for him. He had never tried avocado either.

A woman told me the only vegetable her son will eat is corn. I explained that corn is a grain and not a vegetable, and used to fatten pigs and other livestock because it’s a carb with no other nutritional value.

People have told me that they eat a salad every day, and that means they are a healthy eater. Having a side salad along with a fast-food meal is useless.

I could go on and on with bullshit stories I’ve heard. I even told them myself! I thought I couldn’t live without certain foods, but I did. I lived better and more energetically.

The thing about all this is that when you flood your body with the nutrients it needs to function properly, and stop clogging it up with chemicals and so-called food from a factory, your body will heal itself. Our bodies were not made in a factory, and not equipped to digest factory food. We wonder why we have all kinds of aches and pains and illnesses, but it boils down to one thing: Those are all signs that your body is not getting what it needs to heal itself.

When you cut yourself, you have now doubt that it will heal. Your body is capable of healing anything at all if you give it what it needs to do so. Natural, whole, fresh fruit, vegetables, nuts and seeds, the way they are found in nature. Then, so-called miracles happen.

You are part of nature. Look around you and see that nature is magic. Let it heal you.

Be healthy to be free!